The 19th century French symbolist poet and hashish eater Charles Baudelaire is said to have been so obsessed with the inexorable passage of time that he broke off the hands on a clock in his Paris digs and wrote the words "It's later than you think" on the clock face.

Years ago when I was a student, we used to quote Chas. B., adding what at that time was for us in our undergrad vernacular a ubiquitous coda: "Jack!" 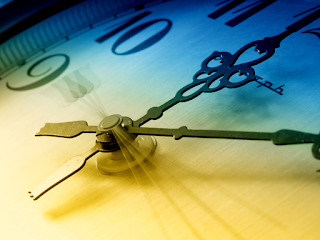 "It's later than you think, Jack!" we would shout at each other, whether apropos a term paper coming due or the start of Sunday night's 10 cent beer promotion at "Some Other Place," a student hangout in my college town. The name of that bar lent itself to our prankster mentality. Friends would call up and ask for a roommate. "Not here." "Do you know where he is?" "Sure. He went to Some Other Place." But that is probably another story.

Of course, the actual words Baudelaire wrote on that clock face were not "It's later than you think," although he could have, since he knew English well enough to translate Baltimore's troubled poet Edgar Poe into French. No, Chucky B. wrote instead, "Il est plus tard que tu ne penses."

So I, who had dabbled in that language, would alternately yell those French words at my roommate Gary, just back from a stint with the U.S. Army in former French Indochina. Gary's family was French on his mother's side. Upon hearing my Gallic exhortation his eyes would twinkle and he would punctuate the phrase with an emphatic "Jacques!"

Visiting my old school in recent weeks for the first time in several decades has reminded me once more that old Baudelaire, obsessed as he might have been, was sure right about the passage of time.

He also knew something about the worst monster to have ever bedeviled man or woman. He named that creature Boredom, and it is the same devil that robs us of those precious hours, minutes and seconds, whenever we think along the lines of "I can't wait for the weekend" or "I wish this semester was already over."

But whether we spend our lives achieving our goals or waxing nostalgic, whether we are sitting impatiently in traffic or daydreaming in a classroom, whether we are having an epiphany or simply reading another blogpost, no matter, time marches on — Jack!
at 11:30 AM 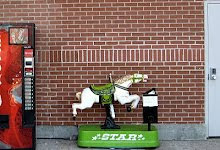